A business with a purpose is a successful business. Do you agree?

You have seen stories of companies that have belief from the office cleaner to the board of directors – they are on a mission, have great communication and clarity. Could your business improve in this way?

How good is the organisation or its leaders at giving feedback?

Are you aware how using coaching skills can grow people?

Are your company’s purpose and strategy clear and well documented? And known to its people?

Does the challenge feel so large – you don’t even know where to start?

You’re not alone, many companies ask these same questions…

What can be done to make an impact that really shows true measurable results?

Whether you are part of the leadership team or an HR Executive looking for a way to carve this path out – we can help.

With a combined 100+ year’s experience we have seen it all, we have helped 100’s of companies come together, get on the same page & create internal communication that competitors envy. Getting this right – creates the results you want. To succeed – you all have to be rowing the same way.

You are seeing the world change at such a pace, what worked 10 years ago is not achieving the same results.

You may have tried a variety of the latest and greatest concepts – but not seen the long term benefit you desired.

Maybe a few bad apples have spoilt the bunch.

At ilume our success is your success. Working with you to clearly define your way forward. From a strategic level and the tools, workshops & coaching that is required to move your organisation forward.

Remember doing nothing is doing something. It will hurt you in the long run if you don’t address core challenges you know exist.

But let’s talk about an example

Recently we worked with an organisation facing these challenges.

They were high performing company and on the outside you would think they were great.

The numbers looked good.
The PR was great.
But
Inside the organisation was suffering.

Key team members were leaving as they did not feel heard, people were pulling in different directions and it was not an environment to innovate (they feared being left behind). Multiple restructures were occurring.

They reached out to ilume for an outside perspective – not knowing if we could help (they had different experiences in the past with attempting to create change.)

After assessing the situation in detail we could see the key pain points that were not being addressed.

A system of different levels of coaching (from CEO to Junior People leaders), team workshops, and strategy sessions were put in place which allowed us to start seeding new cultural beliefs and behaviours. We ran workshops to develop coaching skills in the organisation and appointed champions who took responsibility to keep the momentum going.

Are you ready to take the next step as a purposeful business?

Team Leader Coaching Programs
We have a range of coaches to cover various levels of leadership and expand your teams skills and leadership throughout the organisation.

Your leadership growth is what we value. In this session we understand where you are starting from, get a clear picture of what success looks like & discus what moving you from where you are now to where you want to be looks like.

Start a Conversation
But don’t just take our word for it here are just a few of our happy leaders we have managed to help step up.

MINDSET28 is a developmental tool not a "putting you in a box" tool, so the difference is that for the first time it gives people a pathway for continuous improvement rather than just telling a person who they are and how they will be forever.
Mark Averill

ilume has a refreshing approach to executive development coaching which leads to transformational change in business performance. Working in partnership with ilume has helped our people firm wide with their professional career and person
al aspirations. ilume really believes in what it teaches and how best to empower our people.
Bruce Hassell

Whether you aspire to be a CEO or you simply want to be the best you can be, I believe ilume can be a guiding hand for you.
Aaron Ashby

How we work with you…

Working with a developmental coach is unknown to many. But we have a really clear 5 step system that we have been refining for years that gets results. Create a needs based plan 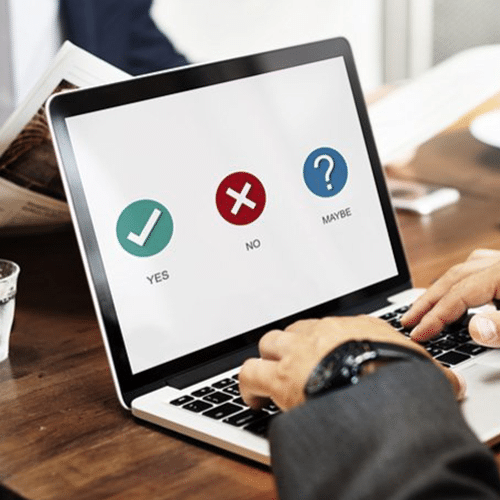 We carry out your coaching plan You're so happy to tell others about us

The next step, to stepping up your leadership...

You or the leaders you are looking to help are unique. Different personalities, current situations & goals that they are looking to achieve. Take advantage of our FREE no-obligation Leadership Discovery Session. We will have a powerful conversation to address your specific needs and dreams.

We will cover several points including:

Our director, Angela Neighbours will personally conduct the session to help people that are seriously considering coaching at the highest level to help them make informed decisions towards the next step. 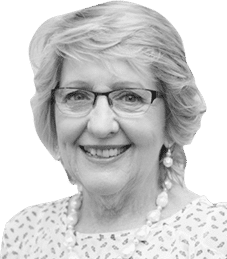 We only attract the best and most diverse people, all of whom are internationally certified in Developmental Coaching Practice. As a group of passionate advocates, we are united in the cause of growing bigger minds in order to develop the world’s greatest leaders.

With a combined 100+ years of experience, we understand what it takes to move someone forward. Our work is tailored to the individual and the organisation.

How is ilume changing the way coaching is done?

Coaching in business has been around since the early 90s, but surprisingly, it hasn’t evolved a lot since then. ilume is changing the way coaching is done via its unique approach which takes into consideration more dimensions of an individual. Coaching is well known as a behavioural tool, but at ilume we are no longer satisfied with the notion that this will provide all the answers to leaders of business in today’s more complex and ambiguous world.

Most coaching in the past and even today is based on behavioural change and coaching to change certain behaviours of a leader, but at ilume we think that is too one dimensional. Our leaders are made up of much more than just their behaviours! Our leaders are facing into greater uncertainty and can often feel as thought they are in over their heads and are facing a developmental challenging of growing a bigger mind.

Consequently, ilume decided to take a different approach, and in 2010, developed a robust, evidence-based coaching methodology that examines a person’s hidden dimensions that brings with it lasting developmental change and a recognition of a person’s true potential capacity for further growth. We call this approach MINDSET28.

We have been delivering this work in Australasia for over seven years and have established a new paradigm in executive development that high-performing organisations are talking about. Those who have worked with us tell us they have become smarter, more agile and ultimately have competitive advantage.

What should leaders expect when they work with ilume?

Prepare to be challenged – ilume provides a developmental tool that weaves together all the dimensions necessary for excellence in executive leadership and anyone coming on the journey is going to find out where they are placed right now in regards to how well placed they are to do the job.

All leaders must be prepared to commit to high-performing change – it’s part of what you sign up to in accepting the role. The work with ilume develops the leader quantitatively and qualitatively, so commitment over a period of time is essential. This is not a quick fix strategy to developing the best leaders.

Ultimately, particularly in the residential team leadership program, they will see increased drive, greater self awareness, clearer strategic thinking and a path to long-term life balance. Instead of life balance and high performance business competing against one another, it starts to work in harmony. Clients who work with us say it’s simple – they call it awesome transformational change.

What is the ilume MINDSET28 Developement Assessment?

MINDSET28 is a specific executive assessment and development tool created by ilume, and once carried out, provides the evidence required for a powerful and focused leadership development program done as a collective (such as a senior executive team) or individually. Having delivered this in the market for over six years, it has truly proven itself to be the gold standard in leadership development.

MINDSET28 takes a powerful and holistic view of the individual by balancing qualitative multi-dimensional frames through using three dimensions: cognitive, social emotional and behavioural, rather than the traditional one-dimensional approach (behaviour only). Our promise is to show the executive the potential of growing a bigger mind and a pathway to achieve that.

So what can MINDSET28 do for CEOs of major organisations?

We think this question can be best answered by the CEO of one of ilume’s foundation clients, PwC New Zealand. CEO and Managing Partner Mark Averill attributes their high performance culture to taking the majority of their partners through the MINDSET28 leadership development program.

A big strategic move for PwC as the program asks for the partners, who are the leaders and rainmakers of the business, to come away from the day-to-day delivery of client work and develop their leadership on a six-day residential program.

That said, Mark acknowledges that it has definitely given them sustainable competitive market advantage and the program had a hand in him eventually becoming the CEO of the organisation.

The empowerment that we saw when we spoke to some very technical partners at PWC really gave us the reassurance that this is the approach we should be using with more CEOs and senior leaders.

There are many development tools available to businesses today but nearly all are competency or behavioural-based assessments and for an organisation that relies entirely on talent and high performance culture, which PWC are, the MINDSET28 approach has proven to be the most effective.

Of the various personality profiling tools MINDSET28 is the only one that doesn’t put you in a box forever and we think that is really important. We have personally been through many of these assessments and they always leave you in a specific category for life, but that’s just not realistic.

Actually, it’s a worrying message that leaders are unable to develop any further. MINDSET28 is a developmental tool, not a “putting you in a box” tool, so the difference is that for the first time it gives people a pathway for continuous improvement rather than just telling a person who they are and how they will be forever.